Male infertility and cryptorchidism (undescended testis) – Cryptorchidism is the most common anomaly of the male genital system. As we are aware, testis are normally descended into the scrotum in 9th month of pregnancy and therefore cryptorchidism is more common in premature birth children.

Observed in 2-5% of newborn children. At the end of 3rd month testis descend and decrease by 1-2%. In undescended testis, 20% not felt by hand touch and they stay in the abdomen. There are different causes: endocrine (hormonal) disorders, genetics, premature birth etc. For normal descending of testis into the scrotum, normal level of the pituitary gland hormones is a condition. Even there are not much serious disorders in hormonal status of the children with cryptorchidism, hormonal changes in early pregnancy negatively affects descending of the testis.

Results of the survey 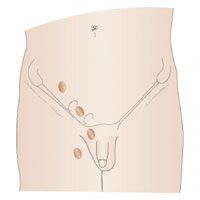 What changes occur in undescended testis? 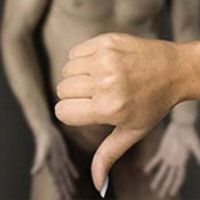 The main burden is on the parents. They are recommended to give attention to the testes of the child and check if one or two of them are absent, and see a doctor. Treatment for the infants under a year is not recommended, but if after 12-18 months testes will not descend, they need to see a doctor and seek for treatment. Recommendation of the EAU 2010 (European Association of Urology).