The term "erectile dysfunction" was given by the National Institute of Health in 1992. Up to the that time it used to be called as "impotence". The word "impotence" was changed as it was having adverse psychologic effect on humans and failing to comprehensively encompass sexual function disorders

Erectile dysfunction is lack of sufficient sexual arousal, poor hardening of the penis and inability to sustain erection. In case of erectile dysfunction, the penis does not sufficiently harden in order to start and maintain sexual intercourse that will please both man and woman. Erection (hardening) starts with sexual excitement. Any sexual arousal causes complex mental, nervous, heart and hormonal activity growth leading to increased blood flow into the penis, resulting in penis growth and hardening. 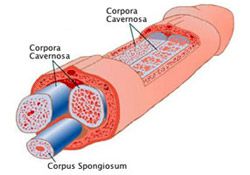 The penis consists of 3 cylindrical form elements (2 in sides and 1 in the medium bottom part). Urethra goes through the middle part and has no role in erection; other 2 parts grow and harden for sexual intercourse.

60% of men face with short or long-term erectile dysfunction (impotence) in their lives. With aging problem of hardening (erection) becomes more visible. Hardening (impotence) problem adversely affects lifestyle, quality of life of a man or family. Some men accept it normally and if they are not happy with their partners or do not care about it, if they do not have other excitements or problems of life, hardening issue is not significant for them.

At early ages and in active lifestyle men, it is the main problem of life. It makes their lives dramatic, leads to depression and even suicide.

Nowadays, erectile dysfunction is a treatable problem. Even in elderly men, correct treatment gives good effective results. It is important not to hide the problem and timely counsel with a doctor by sharing the feelings and complaints, and get proper counselling and treatment. 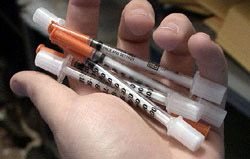 *Smoking : As we know, smoking causes different diseases, including erectile dysfunction (impotence). That is because smoking has a systemic pathological effect on all vessels starting from then leg vessels up to the brain, lungs, heart and penis.

*If penis gets trauma while erected (hardened), this may also cause serious erection problems. Penis might be broken, bent and get other traumas.

*Hernia of the intervertebral disc (damages to the spinal cord) also may cause erection problems.

*Exposure to radiation. Testes are damaged and cause erection problem on the other side.

*Age : Aging causes erection problems as well, as it diminishes all functions of the body. Even theoretically, there is a sexual performance difference between 20- and 25-year old men. Sexual performance decreases with age. However, one cannot say that all old men will have erection problems, but young men will not. There is a byword: sexual arousal does not die, it grows old as well.

Old men accept their ages, but do not put up with ending of the sexual life !!!

*Vascular hardening - (atherosclerosis). In case of cardiovascular diseases, organs do not get enough blood supply due to the narrowing of blood vessels. Poor blood supply cause malfunctioning of organs and the same applies to the penis making it unable to harden.

*Renal insufficiency and other chronic diseases

*Operations in the past – particularly after the prostate operations, because during the operations vessels and nerves to the penis may be damaged, which will cause its incomplete hardening 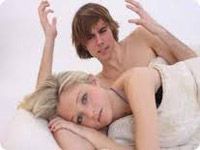 Erectile dysfunctions solely arising from psychological problems make up to 15% of the overall number. Sometimes psychological factors arise not in the beginning, but at later stages. Poor sexual knowledge, influence of others and other independent factors may cause this issue. In particular, problems coming from women are substantial in this case. One of the major problems is the lack of harmony between man and woman in the family.

Major causes of the psychologic problems are worry, fear, shame, bad mood, anxiety, haste etc. Causes from the fear of the “performance” and “can I do it” in first sexual contacts are very important. If a man once had an issue with hardening of the penis, he may think about it as a big problem and may have fear of repetition of the same issue, which will increase his stress and cause psychological erectile dysfunction (impotence), or if a man over-respects and admires a woman or thinks she is unreachable, he may be unable to have sex with that woman even in existence favorable conditions. This is called “Madonna syndrome” i.e. saint woman syndrome.

One of the major causes of erectile dysfunction is pampered children in families, particularly the fact that these children do not get sexual knowledge as it is deemed “shameful”, “sinful” or “bad”. In general, children grown in such families became incapable in front of women and themselves, and build their families without any changes.

The causes of the first night syndrome are marriage without enough knowledge of each other, insufficient sexual knowledge, and customs like “yenge” etc.

For a sound sexual contact, man and woman shall be able to share freely their sexual desires and feelings. Insight and support of the woman of her man having erectile dysfunction (impotence) is an important factor in treatment. Negative attitude, high demands and asking from the man things he is incapable of doing, will lead to long-term continuation of the erectile dysfunction (impotence).

What to do in erectile dysfunction. How is it diagnosed?

Erectile dysfunction (hardening) occurs as primary and secondary. Lack of libido, premature ejaculation, sexual problems in woman (mainly vaginal) and cases arising from the family conflicts are attributed to the secondary. Initially, patient is examined and then, if necessary blood is collected for hormonal and other analysis. Diagnosis is clarified based on the complaints of the patient and findings of the examination. Proper treatment is applied in accordance with the causes of the problem.

What to pay attention in case of erectile dysfunction?

Treatment: Treatment is selected depending on the cause. First, it has to be identified whether the issue is organic or psychologic. There are multiple stage treatment options. If tablets are unsuccessful then injections are tested, and as a last remedy, penile prosthesis is selected. Treatment is regularly done with drugs, injections, vacuum device and penile prosthesis operation.

There are many drugs in the pharmacies and one should use it carefully. The best solution is to take the drugs prescribed by the doctor. Taking medicines without knowledge may be harmful and lethal due to their side effects, for example, certain drugs are prohibited to take in cardiovascular diseases. 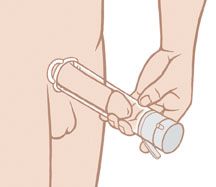 Vacuum device: It is a tube shaped device and put on the penis while switched off. Due to the negative pressure, it increases blood flow into the penis and so hardens it.

Penile prosthesis: Penile prosthesis is last but correct remedy. It is a lifetime treatment solution. There are two types of it. One is malleable and non-inflatable, which always remains slightly hard. Second type is inflatable prosthesis. Link to Penile Prosthesis